Many of us hear the words "Fair Trade" thrown back and forth in a conversation about coffee. In its simplest terms, Fair Trade refers to the fair wage rendered for a product. While more than just coffee can be included in the fair trade market, we most commonly hear the phrase referring to beans. People want to know where their coffee comes from. A coffee roasting company prides itself on knowing specifically where it's beans have come from and having a personal relationship with the farmer.

Fair Trade can be traced all the way back to around the 1960's when the first federation to uphold this idea was put in place. The "United Nations Conference on Trade and Development" or the UNCTAD as it is now called, was developed in order to guide trade amidst Developed Word Countries and Developing World Countries (UNCTAD).

Fair Trade has now become an invaluable part of many trades and has not only allowed for economically rising countries to stake a claim in the burgeoning system of the global market, but also to make sure those who make the production of these products possible (farmers, seamtresses, ect.) get a fair wage.

This resonates with most consumers, no matter what the product, because we all know the stress of making a living can often become a tiresome burden when we are paid less than what we need to survive.

So why buy fairtrade? Why do we as consumers care? When we check out at the store with a package of coffee, rice, or a new shirt, it's great to know that the product we're buying is from a company that supports the local people who made the item and ensures they're compensated fairly for their work.


***There are many myths regarding Fair Trade (most of which can be found here).

Resources:
Fair Trade Federation: "Fair Trade Myths"
United Nations Conference on Trade and Development "About Us: Who We Are" & "About Us: What We Do"
Posted by Unknown at 12:23 PM No comments: 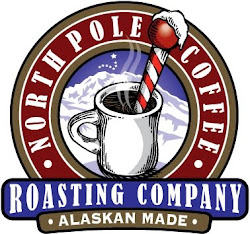